Note: Add an image/gallery, table, or whatever

The Path Forward for Israel and Palestine
Progressive Backgrounder

THE 2021 BIDEN-PUTIN SUMMIT
Much Ado about Nothing?

SUMMARY: Biden, of course, ducked a joint press conference opportunity and instead held his own (bragging about how rude he was to Putin) with a small set of selected 'reporters' listed in order by name. Putin handles well his long solo press conference, with impromptu questions, despite being bombarded with unproductive, snarky, accusations and misleading questions from the English-speaking corporate media. Overall outcome: nothing special.Frequently updated playlist.   Selected clips for positiveuniverse.com

Ilhan Omar Tells the Truth and then Backs Down

USA The Cold War On China

As we approach the 73rd anniversary of the Nakba, the Zionist colonization of Palestine and the forced expulsion of Palestinians, the Nakba is continuing. This is apparent everywhere in Palestine, but perhaps is most clear in the heart of Jerusalem, Palestine's capital: in Sheikh Jarrah and Silwan, where Palestinian families are being threatened with imminent expulsion from their homes and lands by the Israeli regime and its colonial settlers, as they refuse to concede their lives to racist Zionist colonialism. Palestinians in Jerusalem are under attack on multiple levels, defending their land, city and identity… Brenda Norrell (2021-05-08). Divest in Israel's Elbit on Tohono O'odham Nation and in Palestine. indybay.org The 'Divest in Elbit' panel today reveals the surveillance and weapons of the Israeli defense contractor Elbit Systems, targeting Tohono O'odham and Palestinians, by way of U.S. contracts and funding, violating human rights and international law.

WSWS (2021-05-08). Attack on Bristol University Professor David Miller spearheads national anti-Semitism witch-hunt. wsws.org Miller's important research made him the target of a rotten smear campaign by the Labour Party, falsely alleging anti-Semitism, and earned him the enmity of the pro-Israel lobby and parliamentary war hawks of both parties, as well as the Israeli government.

NDU Press (2021-05-08). A Friend To All Is A Friend To None: Russian Strategy in The Middle East — Analysis. eurasiareview.com By Jason Hamilton, Rosemarie Wilde, and Jason Wimberly* | Since the start of the Arab Spring, Russia has sought increased influence in the Middle East, rekindling relationships and building influence in Syria, Turkey, Libya, Israel, and elsewhere. The return of Russian influence puts pressure on U.S. interests in the region. In the increasingly complex security environment of today's world defined by transregional and multi-functional challenges across all domains, the United States is constrained in the Middle East by both available resources and an American public exhausted by military efforts in the region.

The following article, by Daniel Lobato, Liliana Córdova, and Jaldia Abubakra of Samidoun España was published originally in Spanish on InfoLibre: The health worker Juana Ruiz, Juani Rishmawi, Spanish and Palestinian, has been imprisoned by Israel since April 13 along with two other colleagues from the Health Work Committees. After several weeks without charges, Israel has revealed the grotesque, and is going to accuse her of running a terrorist financial plot. Juani has obtained funds from NGOs and Spanish regional governments so that Palestinian primary care centers have been able to continue treating basic hea…

#SaveSheikhJarrah Demand Action and Accountability from the Canadian Government Twitter Storm and Social Media Campaign Saturday, 8 May 10 am Pacific — 1 pm Eastern — 7 pm central Europe — 8 pm Palestine Sample Tweets and Images: bit.ly/sheikhjarrahtweets In occupied Jerusalem, Palestinians from the neighbourhoods of Sheikh Jarrah and Silwan are threatened with imminent expulsion and violent forced eviction from their homes by the Israeli occupation regime. This is part of the ongoing Nakba in Palestine — the ongoing Israeli plan to dispossess Palestinians from their homes and land and perpet…

There are hundreds of Palestinian high school and university students among the approximately 4,500 Palestinian political prisoners in Israeli jails, in many cases specifically targeted for Israeli colonial imprisonment and repression for their student activism, organizing student events and participation in student elections and other political and social activities on campus. As Israeli settlers rampage through Jerusalem and Palestinians resist the threatened impending forced transfer and ethnic cleansing in Sheikh Jarrah, occupied Jerusalem, the attacks on Palestinian students — and their organizing and… 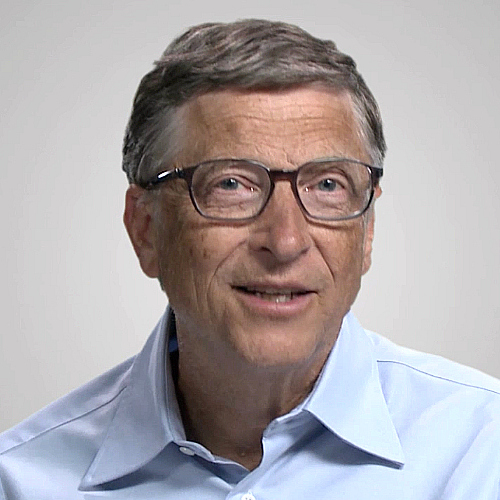 New York Times ( This week on CounterSpin: "Rights Group Hits Israel With Explosive Charge: Apartheid." You don't need to be a linguist to think there's something leading about the New York Times choice of Much of the online anger at the Human Rights Watch report was actually manufactured by an Israeli government-sponsored app, Act.IL, which organized supporters of the Jewish state to act in sync to create an artificial groundswell of opposition to it.

"The United States cannot turn its back on the atrocities, including war crimes, enabled by U.S. policies, particularly its decadeslong policy of shielding Israel from accountability." | Less than a week after Human Rights Watch The decision on April 30 by Palestinian Authority President, Mahmoud Abbas, to 'postpone' Palestinian elections, which would have been the first in 15 years, will deepen Palestinian division and could, potentially, signal the collapse of the Fatah Movement, at least in its current form. Unlike the last Palestinian parliamentary elections in 2006, the big story,

Peoples Dispatch (2021-05-07). Academics urge ICC to not rely on Israeli investigations while probing war crimes in Palestine. peoplesdispatch.org The letter asks the ICC to work with Israeli and Palestinian human rights groups to gather evidence and documentation for its war crimes investigation in Palestine…

teleSUR (2021-05-07). Khamenei: "Israel Is Not a Country, but a Terrorist Camp" telesurenglish.net Iranian Supreme Leader Ali Khamenei has blasted Israel as nothing more than a "terrorist camp" and urged the Palestinians to unite their efforts in fighting Tel Aviv. Israel has "turned occupied Palestine into a base for terrorism," Khamenei tweeted. | RELATED: | "Israel isn't a country; it's a Terrorist Camp against Palestinians & other Muslim nations," he wrote, adding that it was "everyone's responsibility" to fight against it. | In follow-up twee…

Staff (2021-05-07). Power balance in Palestine, region 'in favor of Resistance'. en.mehrnews.com TEHRAN, May 07 (MNA) — Iranian Parliament Speaker in a message on Thursday wrote that today, balance of power in Palestine and the region is in interest of the Resistance movement which can bring Palestinians closer to their ideals more than ever.

Kamal Iranidoost (2021-05-07). Palestinian flag hoisted in Qom, Hamedan. en.mehrnews.com TEHRAN, May 07 (MNA) — The flag of Palestine was hoisted above tall buildings and on the sides of motorways in the Iranian cities of Hamedan and Qom a day before International Quds Day on Thursday.

Raouf Halaby (2021-05-07). Palestinian Mothers are the Glue that Bonds Palestinian Society. counterpunch.org My father, Jamil Halaby, passed away in Jerusalem, Palestine, in 1947. Fifty years later and until her death on March 16, 1997, Katrina Halaby, my late mother, was never able to visit her husband's grave to say the kaddish or lay flowers. And because of the turbulent 1948 political climate in Palestine, no tombstone was

sputniknews (2021-05-07). Ex-Deputy Head of IDF's Intelligence: Situation in Jerusalem is Explosive But Chaos is Controllable. sputniknews.com The recent weeks have seen provocations by both Jews and Arabs. The Israeli police are struggling to keep the flames low and a former Israeli army officer warns it takes only one wrong action for the situation to spiral out of control.

teleSUR (2021-05-07). Jordanians Reject Eviction of Palestinians in Jerusalem. telesurenglish.net Thousands of Jordanians demonstrated Friday in Amman against the Israeli state's threat to evict Palestinian families from Sheikh Jarrah, a neighborhood in East Jerusalem. | RELATED: | After the traditional weekly prayer, people gathered in front of the Al Husseini Mosque chanting slogans calling for the expulsion of the Israeli ambassador and the withdrawal of Jordan from the peace agreement signed with the Jewish stat…

sputniknews (2021-05-07). Researchers Discover 78,000-Year-Old Human Burial, Oldest in Africa. sputniknews.com Among the oldest meaningful human burials in the world are discoveries of bones of a mother and her child at Qafzeh cave in Nazareth, Israel, along with other findings in Europe and Asia thought to date back 120,000 years.

sputniknews (2021-05-07). Netanyahu's Son Ridicules Germany For 'Preaching Ethics' to Jews Over West Bank Construction. sputniknews.com Five European powers have urged the Israeli government to "cease its policy of settlement expansion" across the West Bank as "threatening prospects for a peaceful resolution to the Israeli-Palestinian conflict". The statement came after the Israeli District Committee for Jerusalem published plans to approve over 500 housing units in the territory.

news.un (2021-05-07). Stop evictions in East Jerusalem neighbourhood immediately, UN rights office urges Israel. news.un.org The UN's human rights office (OHCHR), on Friday, called on Israel to immediately halt all forced evictions, including those in the Sheikh Jarrah neighbourhood of East Jerusalem, as well as to exercise maximum restraint in the use of force while ensuring safety and security there.

Staff (2021-05-07). Iran never leaves friends, allies alone: Nasrallah. en.mehrnews.com TEHRAN, May 07 (MNA) — The Hezbollah secretary-general said on Friday that Iran is the most powerful nation in the Resistance Front, adding that the US and Israeli have run out of options to make Iran abandon its nuclear program.

Anonymous765 (2021-05-07). Israel Diversifies Its Aggression On Syria. southfront.org | IF YOU WANT TO SUPPORT SOUTHFRONT BY DONATIONS OR FINANCING PLEASE CONTACT US VIA: info@southfront.org | Israel is moving away from its typical conduct of simply ca…

Staff (2021-05-07). Intl. Quds Day, 'day of unity of Islamic, Arab Ummah'. en.mehrnews.com TEHRAN, Mar. 07 (MNA) — Ziad al-Nakhala Secretary-General of Palestinian Islamic Jihad Movement in a speech on the occasion of "International Quds Day" said that the Quds Day is the day of unity, amity and solidarity of Islamic and Arab Ummah.

Is Now Is the Time to Boycott, Divest, and Sanction (BDS) Israeli State Terrorism?  Click here to Join a Global Call to Action!

What will Israel's new government mean for Palestinians?

Posted by The Electronic Intifada.

How the watermelon became a symbol of Palestinian Resistance

Posted by HANDS OFF SYRIA.

WSWS (2021-06-16). Delta variant spreads to 74 countries as data suggests it will become dominant coronavirus mutation worldwide. wsws.org The World Health Organization is warning of a massive global resurgence of the pandemic.

This site is produced by you and me.    Thanks for visiting.